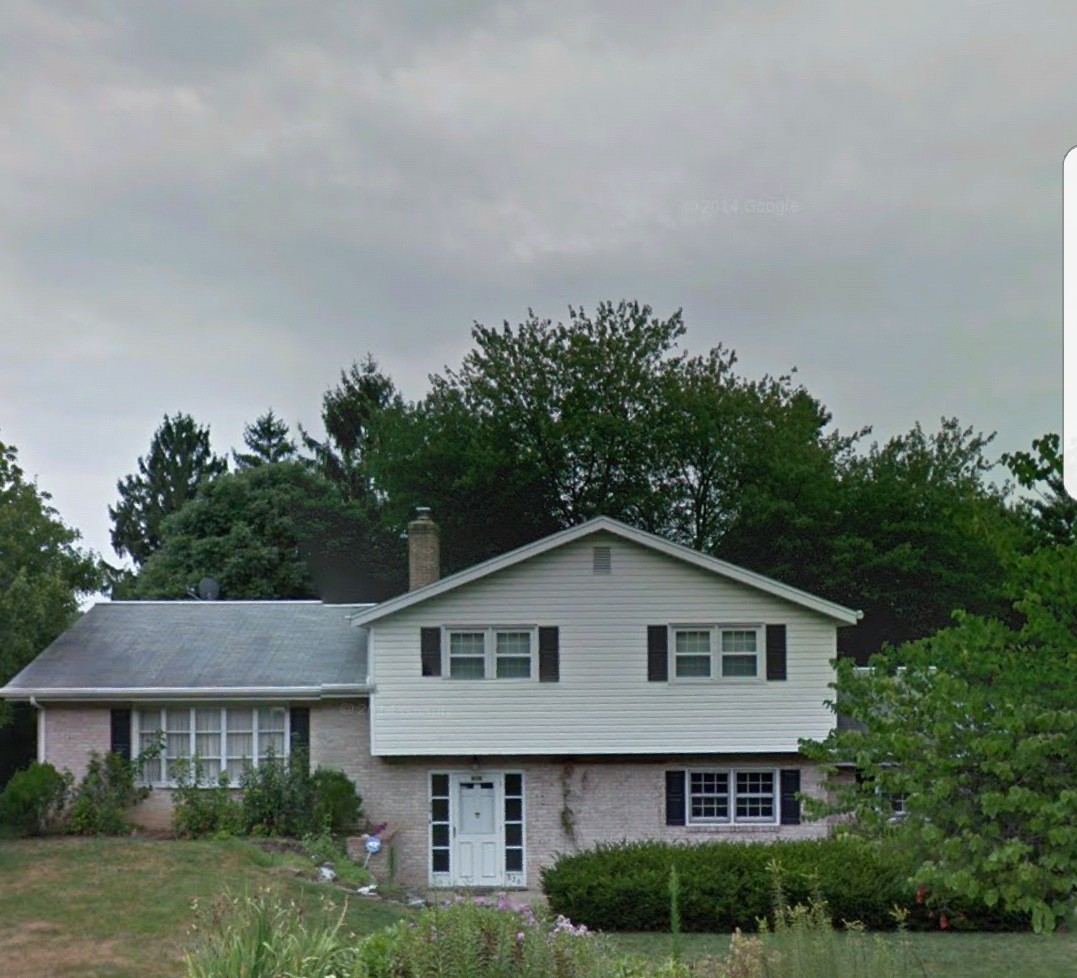 Problem: The furnace and central air conditioning condenser in a Lancaster PA home were old and showed signs of breaking down. The family wanted to upgrade their hvac system.

Heating and cooling units cost a lot of money to replace. Choosing new equipment — and paying for it — isn’t something anyone looks forward to doing. Fortunately, they usually last for anywhere from ten to 20 years.

But there’s also a benefit to overhauling your hvac system. Doing so gives you the chance to save money and improve your climate control. That’s how a family in Lancaster decided to look at things.

It was time to replace their old furnace. The central air system was also showing signs of age. And, they wanted to make the most of their new purchases.

Since their old units were very old, it was easy to upgrade. The technology behind heating and cooling systems has improved significantly over the last few decades. And, with trends toward green energy and similar measures, the family could take advantage of various incentives.

Our homeowners chose UGI due to our excellent reputation for work and customer service. They knew people who had used our services. As a result, they felt confident that we would help them choose the right units for their needs — and get things right the first time.

Problem: The furnace and central air conditioning condenser in a Lancaster PA home were old and showed signs of breaking down. The family wanted to upgrade their hvac system.

How do I know it’s time to replace a furnace?

There are a few signs that a furnace is almost ready for replacement. Its age alone is often a food indication. You can also look for changes in your energy bills. And, consider how well it actually heats your home. Finally, the unit itself will start showing signs of damage if it’s close to failing.

Most furnaces last between 15 and 20 years. The better you maintain it, the longer it runs. If your system is approaching the two-decade mark, it’s time to start thinking about a new one. Even if it’s running well, it may not do so for too much longer.

Next, you can look at your energy bills for signs of wear and tear. As a furnace gets older, it won’t work as efficiently as it used to. That means it will require more energy to give you the same amount of heat that it did when it newer.

Look over your energy bills in the winter. Are they getting higher, even if the weather hasn’t been more severe? That could be because the heater is using more energy.

Or consider how you feel during those cold months. Along with using more energy, an aging furnace often work as well overall. You may notice the home not getting as warm as it used to. Or, it takes much longer to reach the temperature you want.

And, you’re better off choosing a new one before you absolutely need to. A heater will most likely die in the dead of winter. That’s when it’s working the hardest.

If that happens, you’ll probably have to pay for emergency priority service to get someone out to look at it. Then, a replacement will be a snap decision since you won’t want to go more than a day or two without heat and hot water.

That’s why our homeowners buy a new boiler before it was too late. This way, they could make the best choice for their home.

And, they also decided to invest in a new air conditioning system at the same time. The ac was showing some of the same symptoms: higher bills in the summer and not as much cooling.

With time to spare, we helped them pick out a state-of-the-art system that provides better climate control than what they had. 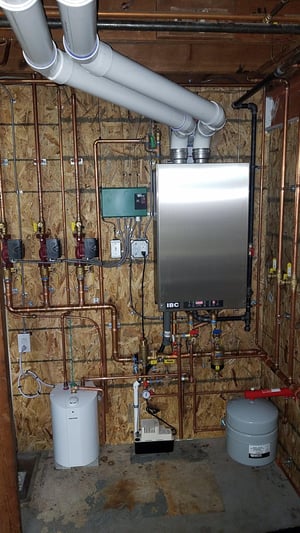 What are the advantages of a wall-hung boiler?

Wall-hung boilers are more energy efficient than larger, older models. They require less gas to produce the same amount of heat and hot water as a comparable traditional unit. And, from a practical standpoint, they take up much less room.

Thanks to new technology, boilers today don’t need to use as much gas to boil the water your home uses for heat. You can find a measure of this by looking for a unit’s Annual Fuel Utilization Efficiency, or AFUE, rating.

The AFUE measures how much gas your boiler uses for heat. In the case of our homeowners, their old unit had an 80 percent AFUE rating. That meant a full 20 percent of the gas they paid for got lost in exhaust. It was never used to warm their home or provide hot water.

Their new wall-hung boiler is much different. This one has a 95-percent AFUE rating. It uses 15 percent more of the gas coming into the house as the old model. As a result, our homeowners see lower energy bills. That’s because they’re using less gas to get the same results.

The new unit also takes up much less space than the old one. That leaves our homeowners some extra room in their basement. It also cuts down on the possibility of getting damaged. Since it’s on the wall a few feet off the ground, nothing bumps into it.

Our family went with a ductless panel system for cooling. That creates what’s called “zoned” hvac. That’s when there’s no one central unit controlling the temperature. Instead, each room, or zone, gets treated separately.

Here’s how it works: An outdoor condenser provides cool air. But, it doesn’t travel through ductwork and vents. Instead, the system uses narrow plastic tubing to transport air.

On the other end of the system is a ductless panel. The panel distributes the air in the room where it’s located. It takes the place of a vent.

Each panel has its own thermostat. That way, you can set each one to whatever temperature you prefer. If you set each panel to the same temp, you’ll get nice, even cooling throughout the house. Or, if you want the upstairs cooler, just set those panels lower.

This flexibility allows our family to save money on their electric bills. This way, they don’t spend more money than they need to on their ac. And, the system itself is more efficient.

A lot of that has to do with the plastic tubing. It’s sealed tight, unlike ductwork. As a result, none of the treated air escapes along the way. All the cold air reaches its destination. That way, the system doesn’t have to create as much cooling when it doesn’t lose anything along the way.

Installing new heating and cooling systems were a big investment. But, they’ll save our family money in the long run.

For starters, they chose to chose to finance the installations with our zero-interest payment plan. So, the products and installation will get paid off little by little over three years. Meanwhile, they’re paying less each month on their energy bills. That makes the financial impact even smaller.

And, once they’re done paying off the work, they'll enjoy even lower monthly bills. Thanks to their new energy-efficient boiler and ac, our family will get better climate control for less than they paid before.

Do you want a better and more cost-effective and efficient option for heating and cooling your home? Contact us, and we'll design the perfect solution for you!