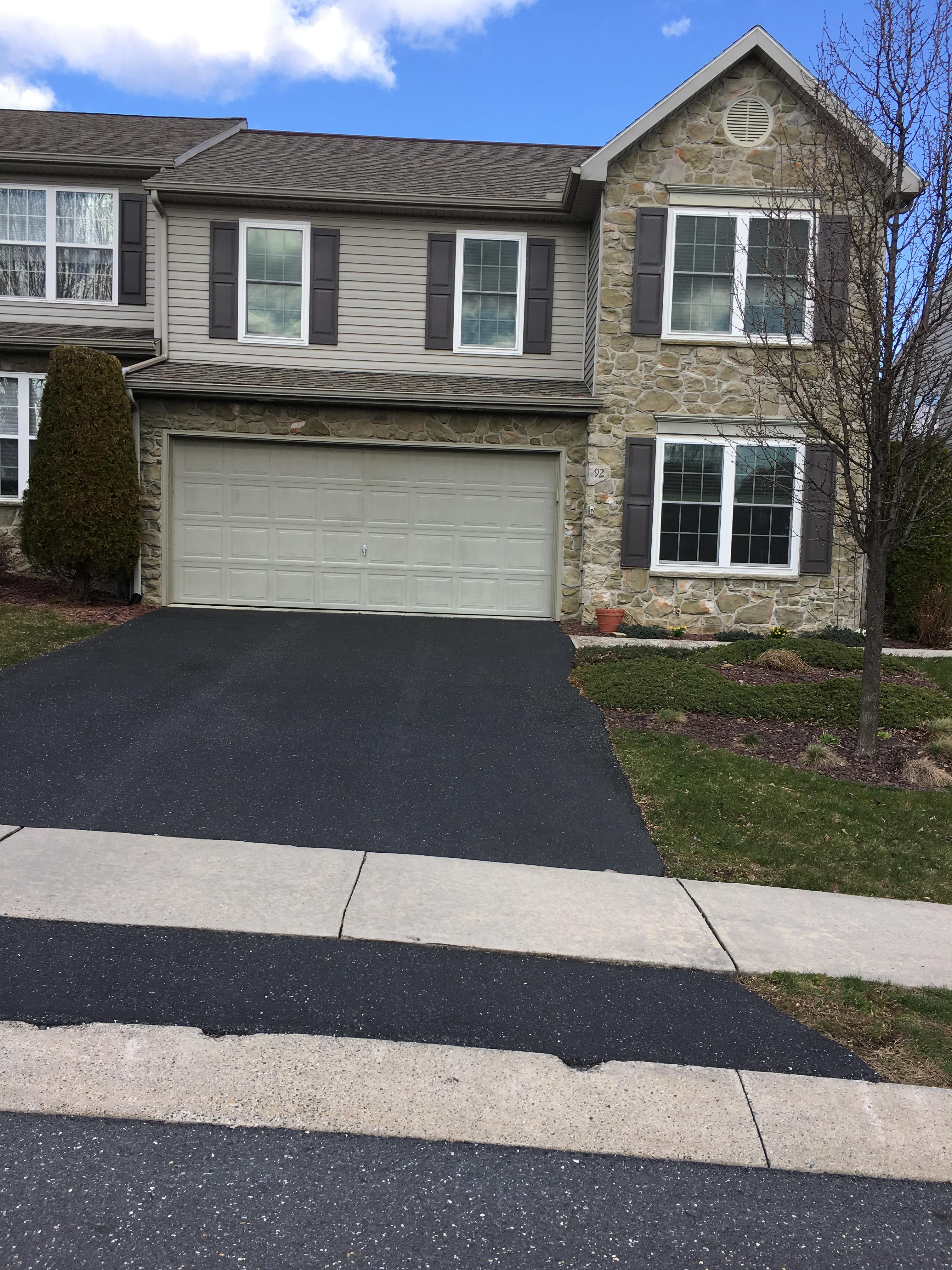 Problem: An old gas furnace broke down. It was too old to be worth the price to repair it.

A furnace breakdown can be a huge problem for a homeowner. If it happens in the winter, you’re suddenly without heat. At the coldest times of the year that can actually be a health hazard.

Even in slightly better weather, however, it’s still a big inconvenience. A new HVAC system can cost thousands of dollars. Most people don’t have that kind of money on hand.  And, a winter breakdown can cost even more for emergency or priority jobs.  (To learn more about How Much a New Furnace Costs, click here.)

Our homeowner in Mechanicsburg did have a little bit of luck. The furnace in his townhouse broke down toward the end of winter. Things were still uncomfortable. But, at least it wasn’t in the bitter cold.

And, fortunately, he called the right people to help. UGI Heating Cooling and Plumbing is known throughout South Central Pennsylvania for customer service and outstanding work.

Time is of the essence with a job like this. No one wants to go very long without a furnace. Todd Ranson of UGI HVAC went out for a free in-home analysis.  Todd was able to match this homeowner with the best new HVAC system for him. It fit within his budget and could even prevent another early breakdown. And, it’s a big improvement over the old system for many reasons.

Problem: An old gas furnace broke down. It was too old to be worth the price to repair it. 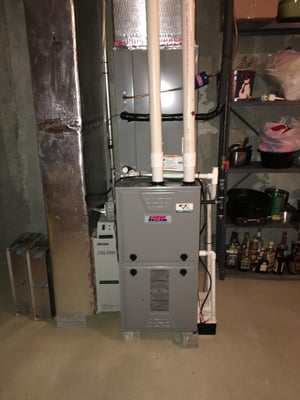 An oversized heating unit can break down early

In this case, Todd Ranson determined that the furnace was too big for the home it was serving. While most people would assume that a bigger system would just work better, that is not at all the case for home heating and cooling systems. Instead, an oversized unit can result in heat backups that cause it to fail.

Here’s how it happens: A gas furnace like this generates forced heat that it pushes out to the home through ductwork and vents. But, it has to make it out of the unit itself. Otherwise, the parts inside it can overheat and break.

When a system is too big for a home, the heat has nowhere to go. The furnace pushes too much heat into too small a space. Then, it backs up and heats up the inside of the furnace.

This first results in something called “rapid cycling.” That’s when the furnace turns on and off over and over again instead of staying on for a while. In some cases, it switches and blows cool air. This is so those inner components don’t heat up as much.

But, that should only happen rarely. When it happens often, the parts get worn down much quicker from turning on and off so much.

That seems to be what happened here. When we checked the heater, it seemed like too big a unit for the home. And, the homeowner mentioned that it would turn on and off a lot.

The first step, of course, was to make sure the new HVAC system would last longer than the previous one. To do so, Todd Ranson made careful calculations to determine what size furnace the homeowner needed.

Those specs narrowed down the choices greatly. Next, Todd suggested a two-stage furnace. These models have an extra feature that can help in this situation.

A one-stage furnace just has two modes. Either the unit is on full blast or it’s off. A two-stage model can work at a lower level. Here, the valve that controls the gas entering the burner can only partially open.

This allows less fuel to enter the furnace. As a result, it’s not as powerful in that stage. This allows the furnace to work more efficiently on milder days. It reduces the chance of the unit becoming overheating.

Next, Todd coupled this with a high-efficiency air conditioner. This was an improvement over the homeowner's previous unit. It uses less electricity to create the same climate control as his older model. And, less electricity means lower monthly utility bills.

The central air conditioning system that our homeowner chose had a 16 SEER rating. SEER stands for “Seasonal Energy Efficiency Ratio.” It basically measures how much energy it takes the unit to operate.

For reference, old, inefficient window air conditioners usually have around a 10 SEER rating. In 2008, the U.S. Department of Energy mandated that all central air units have a 13 SEER rating or better in the Northeastern states. This new unit, then, exceeds those standards.

Todd work closely with our homeowner to find the best options to cover the costs of this unexpected repair.

First, the homeowner took advantage of our financing options. He’ll pay off the unit and installation with no interest over six years.

In Mechanicsburg, PPL Electric offers rebates for air conditioners that meet its standards. This one did. So, the homeowner was able to get $750 back for choosing this model.

This all eases the burden of suddenly having to pay for a new furnace and A/C. But, he’ll also see some savings year-round.

That high-efficiency air conditioner will use significantly less energy than his old one. The old furnace had a lower SEER rating on its cool setting. This means lower electric bills in the summer.

He should also see some savings in the spring and fall, also. Those are times when the heater is still on. But, it doesn’t need to work as hard. With the two-stage system, the furnace uses less energy during those mild days.

Suddenly having to overall an entire heating and cooling system is never easy. But, our homeowner made the best of it. He can pay off his new system over time, and he even got some money back for installing it. And, he’ll see savings on his energy bill for years to come.

Are you concerned that your HVAC unit is oversized and may break down early? Or, are you considering upgrading your system for more efficiency and lower monthly bills? Contact us and we'll find the system that's right for your home.