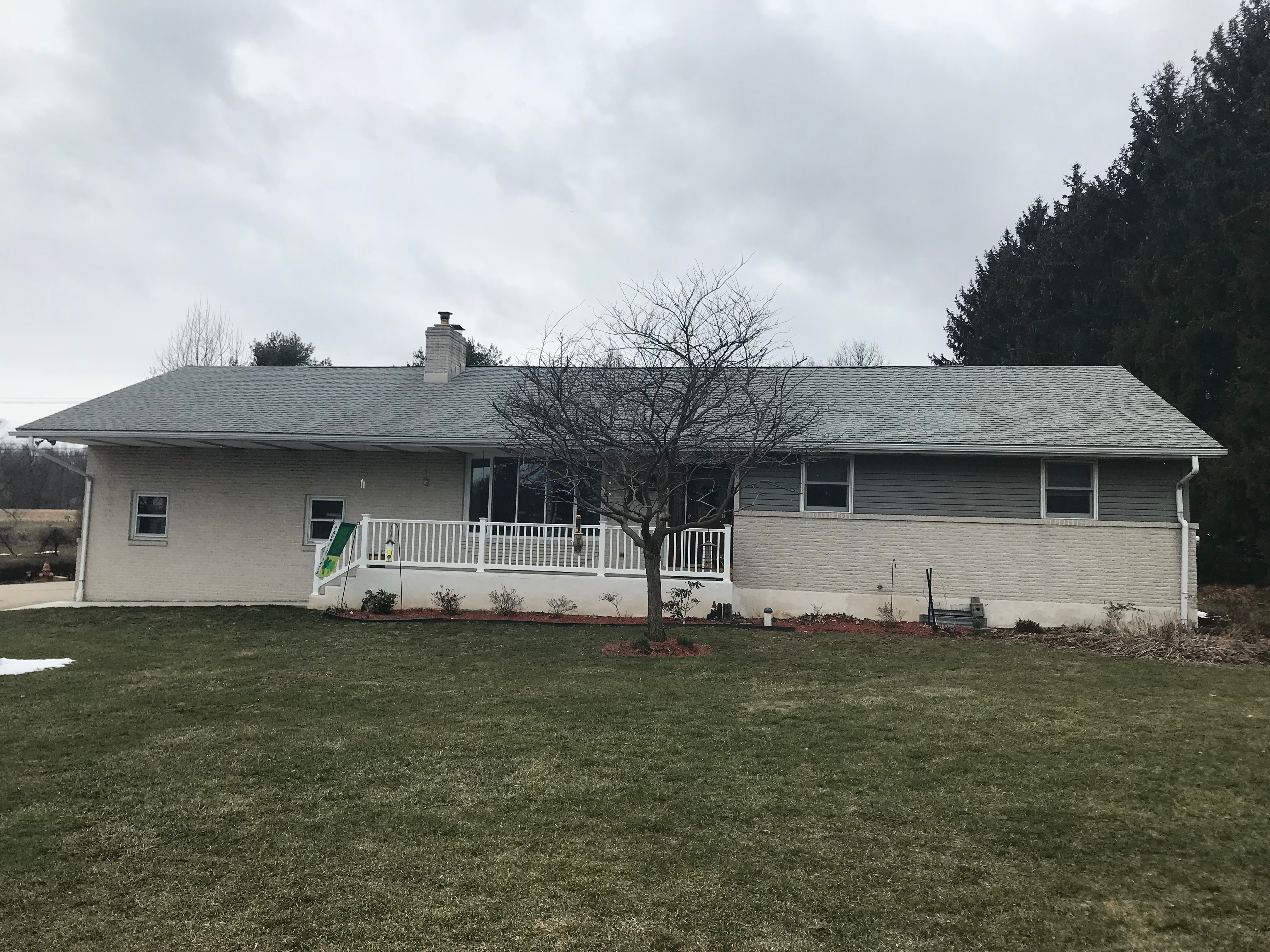 Solution: Installed a ductless air conditioning system with an outdoor condenser and ductless panel in the new room.

A new addition in a one-story ranch home goes a long way toward extra living space. It’s also an opportunity for upgrading the heating and cooling.

Our homeowners in Zionsville, PA did just that when they extended their kitchen. The new room was very spacious and gave the house a whole new feel. And, the final step was keeping it cool in the summer.

Heat wasn’t a problem. However, a new ceiling fan wouldn’t do enough to circulate the cool air in the warmer months. And, bulky, inefficient window air conditioners wouldn’t be ideal in a room like this. Finally, the homeowners didn’t want the high cost and hassle of installing new ductwork for central air.

Our homeowners looked for HVAC companies in the Lehigh Valley that could provide efficient, maintenance-free A/C that wouldn't be too expensive. When they came to UGI Energy Services, we were ready to get them what they needed - and get the job right the first time.

Solution: Installed a ductless air conditioning system with an outdoor condenser and ductless panel in the new room. 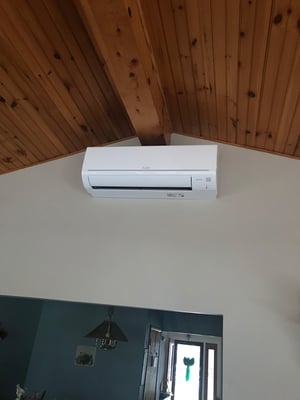 As UGI HVAC's Jeff Scarillo explained to our homeowners, ductless HVAC mini-splits are especially beneficial for a new addition. Unlike a central system, they doesn’t require ductwork. This keeps the costs down and makes the installation easy. Ductwork alone can costs hundreds, if not thousands, to design and install.

With ductless, an outdoor condenser unit provides the cool air. Then instead of using ductwork, the air travels through the small tubing.

The tubing is less than three inches wide and flexible. Because of this, our installers can run it through the walls like electrical wire. It fits easily between beams and rafters. There’s no need to redesign anything or even tear down any walls to place it.

Finally, that tubing connects to a ductless panel in the room. The panel distributes the air into the room. Our installers can easily mount it anywhere. This way, they can always put it in the best possible place in a room.

Most times, that’s high up on a wall. That helps the air spread. It’s also out of the way, and not easily noticed. In this case, the panel is on the wall closest to the rest of the house. This way, it won’t receive any direct sunlight in that position, either.

Installation was fast and easy. Jeff Scarillo determined where the panels should be placed. From there, it was just a matter of putting in the condenser abd drilling a small hole in the side of the house to run the tubing from the condenser. 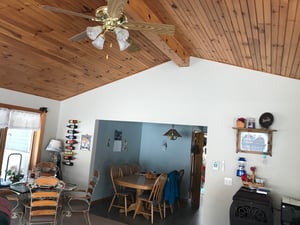 Of course, the benefits of a ductless system don’t end with the installation. Once they’re working, the panels cost less to run month-to-month than window units or even central air. There are a few reasons for this.

When it comes to central air, going ductless makes a huge difference. That’s because there’s no “duct loss.” With ductwork, some of the cool air just never makes it to a vent. It gets released along the way before that.

Up to 30 percent of the energy used in a central system goes toward cool air that never makes it to a room in your home. That’s according to the U.S. Department of Energy. However, that doesn’t happen with a ductless system.

That’s because the ductless system is more closed off than a central system. The energy travels directly through that flexible tubing. There aren’t the same gaps or openings between the condenser and the panel.

The same goes for window air conditioners. Cold air can escape through the window around the unit. When people put these units in for the summer, it’s challenging to seal the area altogether.

And, on top of that, ductless is just more efficient. It uses less energy to generate the cool air and distribute it than older systems. That’s due to the technology it uses.

As a result, the ductless system that Jeff designed and the UGI HVAC team installed is Energy Star-certified. That means it means government standards showing that it uses less energy than similar HVAC systems. And, less energy means less you have to pay in monthly bills.

In some ways, what our ductless systems provide is the strength of a central air system with the flexibility of portable units. In the case of this home, that means supplementing the existing HVAC system.

This is because our panel operates separately from the air conditioning in the rest of the home. It has a thermostat and turns on and off according to that. Even though it’s out of reach, that’s no problem. The panel comes with a remote control.

Now, our homeowners can set the temperature in their new room separately from the rest of the house. As a result, they have a few options on how to set it — and more ways to save money.

One approach is to match the temperature in the rest of the home. To do this, they just set the thermostat the same as their main thermostat. Then, the panel does the rest.

In this case, it may take a little longer to cool this room than others. That’s because it has more windows and a higher, pitched ceiling than the rest of their ranch. That’s no problem here.

And, they have more options from there. Our homeowners can make the new kitchen cooler or even warmer than the other rooms. Again, that’s as easy as setting the thermostat. And, they can use that option to save even more money.

For instance, they may only use the kitchen for a little while each day. In that case, hey can set the panel low for most of the day, or turn it off entirely for a while. That uses less energy — and, of course, makes it all cost less.

As one of the leading HVAC companies in the Lehigh Valley, we’ve seen ductless panels become more and more popular. People are using them for new additions like with this ranch home, as replacements for window units, or supplementing their central air.

Their flexibility and low energy usage make them very attractive. We couple those benefits with our excellent installation work. We make sure everything’s done correctly the first time. That means installing the unit correctly, so there are no problems. It also means making sure our homeowners have all the right permits to avoid fines or other complications down the line.

In the case of this ranch home, getting air conditioning in their new addition was a breeze.

Do you want to add effective, cost-efficient heating and cooling to a new addition on your home? Contact us, and we’ll design a system that’s perfect for you.